2021 State of the City Address 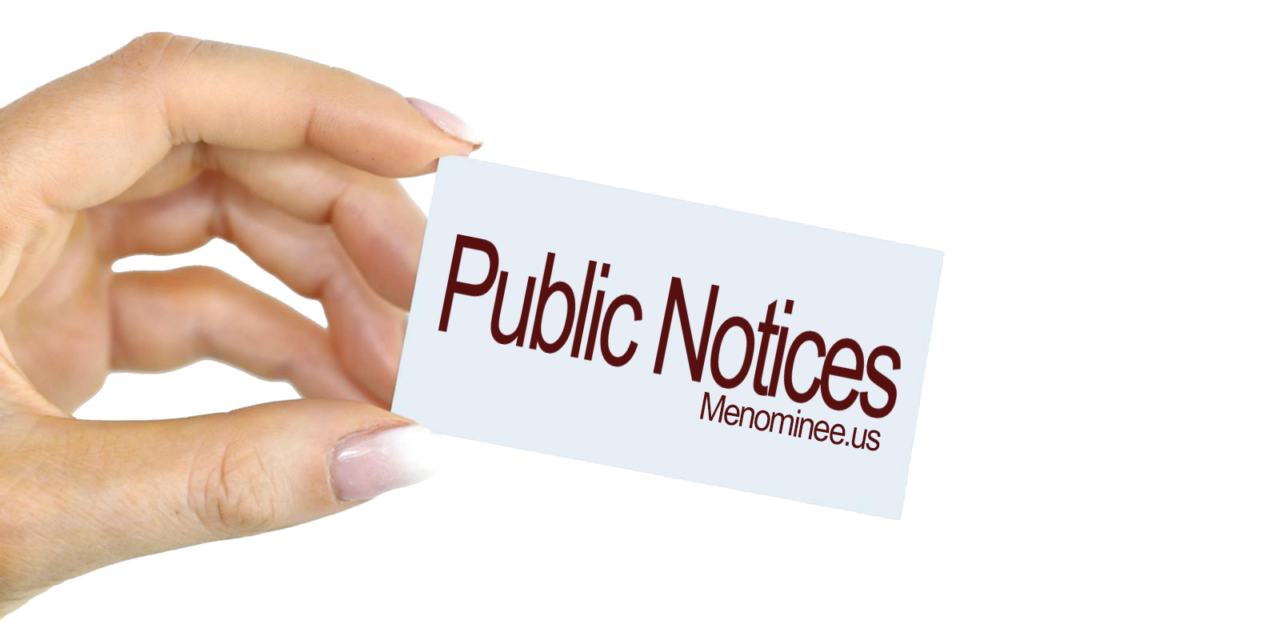 Good Evening. As always, it is my honor as Mayor of the City of Menominee, to deliver the State of the City Address.

The last year brought a variety of changes to the City and I predict that 2022 will not be significantly different because that is the nature of government. In July Manager Tony Graff left the City of Menominee via a negotiated resignation and Chief Brett Botbyl has been serving as
both the Chief of Police and the interim manager since Mr. Graff’s departure. This position is currently posted internally and it is my expectation that we will have a solution shortly. We have, additionally, two department heads to replace as the City Engineer, Tricia Alwin, and Building Inspector, Derek Schulz, also resigned this year. We are currently evaluating how to proceed regarding the engineering position and we hope to resolve the replacement of the building inspector as soon as possible.

The City’s financial picture is not nearly as strong as we would prefer. Currently, the unassigned fund balance is $2,426,606; an increase of almost $77,000 over last year. Our assigned fund increased from $371,823 to $501,770. However, we have had capital expenditures that were not in the 2021-22 budget: HVAC expenses, police department rifles, and ADA compliant complex foyer doors for a total of approximately $88,000. Despite the salary savings due to the aforementioned departures, we will most likely end up with a reduction in the unassigned fund balance to cover the deficit. The City did receive roughly $420,000 in America Rescue Plan Act (ARPA) funds and according to the new ruling, these funds can be used for revenue losses. However, the current budget was passed with an inflated budget number from this revenue source. The anticipated shortfall is $372,000. Despite much discussion in Finance Committee meetings, the entire $792,000 was entered as revenue but these funds are going to be disbursed over two years and not in one lump sum.

Over the last fiscal year, our capital expenditures were modest: we purchased All-Band Portable Radios for the Police Department, a new pick-up truck with plow blade for the DPW, upgrades, and repairs to the complex HVAC system, and a leaf loader for fall cleanup totaling $343,900. We also elected to accept a purchase offer from AT&T for the small tract of land adjacent to the yard waste plot for $7,484. This land will now be available for the future reorganization of that area.

The City was fortunate in receiving donations for a high-quality drone, a thermal imaging camera, repairs to the Lighthouse and Bandshell, and additional funds for the K-9 program. In total, Menominee was gifted with just under $120,000. Utilizing funds from the Klar bequest, the Recreation Department renovated and upgraded the playground equipment at Water Tower Park. High-quality playground equipment is expensive and we, of course, went through a bid system for the project. The total cost of this undertaking was $126,800. The Library also utilized a small portion of their Klar funds to create a professional AV area at the cost of $9,300.

The City of Menominee, in conjunction with the Menominee County Road Commission, improved a large portion of 48th Avenue. Recall, that 48th Ave is owned by both the City and the County, the centerline dividing ownership. That project, thus far, has a total cost of $631,409, including federal money in the amount of $375,000. Last year, I indicated that we lacked a plan for the remaining road millage funds. We now have such a plan and Coleman Engineering and the Council have agreed upon a number of projects toward that end. Barley Trucking was awarded a $6.2 million contract that will be financed through the balance of the remaining road improvement millage funds and the State of Michigan Revolving Loans which include water, $3.5 million, and sewer, $2 million. We must use these millage funds in a timely manner and, lacking a pool of funds to cover infrastructure under the streets, we are forced to borrow the money.

In an ideal world, our revenues would always exceed expenses, and the City could take on capital expenditures that keep services intact, make improvements, hire and retain employees, and maintain an appropriate level of savings. We need to develop a schedule for crack-sealing our roads, we need to replace aging equipment, and we need a tree replacement program. In addition to the vacant department head positions, we have a manpower shortfall. We cannot ignore the necessary repair and replacement of depreciating assets, reduce services or employees, nor can we drag down our savings to a dangerous level. The bottom line is that our revenues are flat, our expenses are increasing, if only by the rate of inflation, and we must become more innovative in our approach.

Innovation and increasing revenue lead me to my next point: Marijuana. There seems to be considerable confusion on this subject and I hope to provide clarity – but first let me unequivocally state: We did not approach this issue as a means of remedying our revenue shortfalls. When this issue was put to a statewide vote, legalization passed. It passed narrowly in Wards 1, 2, and 3; it failed in Ward 4. We took this into account when making policy decisions. The City had to make two choices: Did we want to opt-out of medical marijuana and did we want to opt-in for recreational marijuana. On the medical issue, we opted out, thereby putting the issue on hold until more regulations were put in place by the State. We did not even consider opting in for recreational sales for the very same reasons. We needed information. Lounges and clubs began popping up and we dealt with those issues but the fervor grew louder for retail recreational marijuana sales. As a Council, we decided that we needed to retain control and began carefully drafting an ordinance using the success and failures of other municipalities in Michigan as a guide. We approved our ordinance with no doubt that we had met our responsibility to our residents and that it was legally sound. While the Council decided to issue only two recreational licenses; there were 15 applications for them. We now find ourselves facing a number of anticipated lawsuits with the same allegation which are, in my opinion, completely without merit.

Although we do, as they say, really have our work cut out for us. I would like to end these remarks on a positive note. We have investments taking place, both large and small. The planned development for the K-Mart property will commence in the coming months. The scope of this project is enormous and will fill an important need in our community. We have several new businesses that have invested in Menominee and renovations underway on existing commercial structures. On a smaller but equally important scale, I have noticed many owners implementing improvements or performing complete facelifts to their homes.

Social media seems to have a steady stream of “less than helpful comments” regarding our community but I would like our residents to know that here at City Hall and across Menominee, we have dedicated staff and employees who strive for continuous improvement. For, example,
the Assessing Department has worked hard to achieve compliance with the Computer-Aided Mass Appraisal standards. These standards are a part of State reform with the goal of fair and equitable assessments for taxpayers. Department head Kathy Brofka again secured a clean, unqualified audit for the City as determined by Gabridge & Co. Joe Verlin of Gabridge remarked on the highest level of professionalism and cooperation of Mrs. Brofka and her team. Infrastructure Alternatives, operators of our water and wastewater services, were given a CDC award for optimum fluoridation of our drinking water. The Police Chief is doing two jobs. The City and Menominee Area Public Schools have partnered to have a school resource officer on board. This summer, the Fire Department held a Centennial open house that was both entertaining and educational for Menominee families. The Spies Public Library staff has made changes to better support their patrons. We have so many citizens who unselfishly give of their time to serve on boards, on commissions, in service groups, and in nonprofit organizations. Our high school students organize blood drives and fundraisers. Thank you doesn’t go far enough in expressing gratitude
for these innumerable contributions as this effort is vital to the success of our community.

In closing, I would like to stress that I believe if we push forward using our collective leadership abilities, become more innovative in our approach, adjust to conditions, seek out and take advantage of new opportunities, make decisions in a cost-effective manner, work as a team, and utilize all available tools to improve our City, greater progress and prosperity is possible for Menominee. 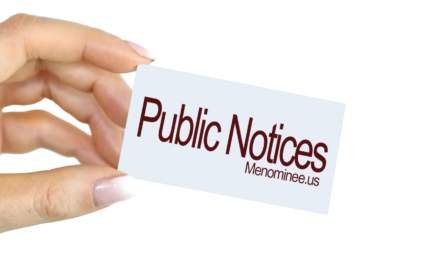 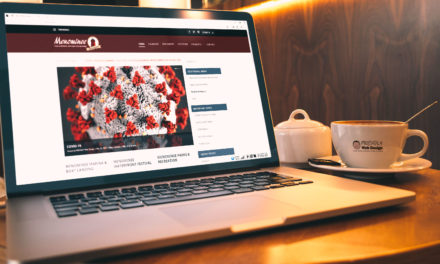